“Waka” is a type of poetry in classical Japanese culture.
“Waka” is general term of Japanese poem included by “Manyo-shu” in a broad sense.

“Waka” are composed in Japanese. It is “poetry” made in Japan.
So, the another name of “Waka” is “Yamato-Uta” (Japanese poem). “Yamato” is the name of old Japan, and “Uta” means “poetry”.

Writing “Waka” was one of the common cultures for old noblemen.
At that time, many “Waka” contest or a “Waka” party were held. And “Waka” was written and shown.
In addition, men and women made and exchanged “Waka” as the means to convey mind.

The history of “Waka” is very old.
“Manyo-shu” was edited by Otomono Yakamochi [大伴家持] from about 770 to 780. This is also famous as the starting point of a “Waka”, and it is an oldest poem book in Japan.

“Waka” is dug in the monument or is printed on paper money, too.
It’s also used to “Hyakunin Isshu” (traditional Japanese playing card). 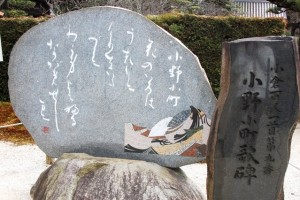 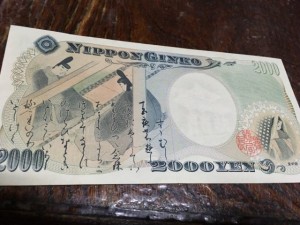