Thank you for subscribing to Kizuna Box!

Japanese traditional items are not just special, they are found around us on a daily basis.
For example, “traditional pattern”. In Japan, since the Heian era, we have incorporated patterns of flowers or nature into our livings.

The pattern that you often see is the “Hemp leaf” pattern.
Its pattern is the hexagonal shape with six diamonds tied together.
Since hemp grows fast and straight, it is often used for children’s clothes and underwear. Because we hope that children grow up like the hemp. And it seems that there was also a meaning of amulet such as paying evil.
Also, the pattern of “Yabane” (Arrow feather) has meaning, too. The “Yabane” seems to have been created by designing the feather of the “Hamaya” (Arrows that drive away demons).
The “Yabane” pattern is considered to be one of the lucky charms because the “Hamaya” has the meaning of amulet and the fired arrow advances straight forward.

Since ancient times, the Japanese have respected the power of nature and the plants and animals.
They were inspired by nature or the plants and animals and created many patterns with various wishes, and they continue to be loved even today.
Not only patterns, but traditional items that are always around us, such as Japanese pottery, toys, and food, are very adorable and easy to use, and are indispensable.
Sincerely yours,

1.Mino-yaki Ruri Komon “Shippou” pattern plate set (1 set)
It is a set of plates in the traditional Japanese color “ruri” (Bright blue).
“Shippou” pattern is a Japanese traditional pattern in which four ellipses are arranged in a circle. And in Buddhist words, it means seven treasures.
The circle of cloisonne is a good auspicious pattern because it represents the harmony. 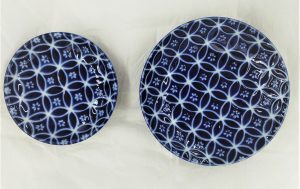 ＜Mino-yaki＞
Originated from Gifu Prefecture, Mino-yaki (Mino ware) is Japan’s most popular pottery.
Its history is said to date back to 1300 years ago.

3. “Kamon” motif Masking tape (1 item)
This Masking tape is some kind of Japanese “Kamon” (Family crest) motifs.
“Kamon” is a Japan-specific emblem. It is also called “Mondokoro” or “Mon”.
It will turn your stationery into a Japanese color.

4. Gauze mask “Karakusa” pattern (1 item)
The “karakusa” pattern on this mask is a lucky pattern.
“karakusa” is a pattern imaged from plant ivy.
The growing ivy is a symbol of vitality. It means the prosperity and longevity of the clan.
Made in Japan / 100% cotton

5. Wooden “shamoji” (rice scoop) (1 item)
“Shamoji” is one of the popular souvenirs at shinto shrines as a lucky item.
You can use it when mixing rice or stir-fry.
“Shamoji” will be a good partner for your cooking. 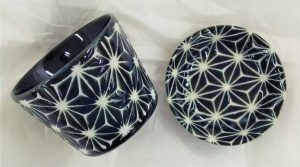 7.”Yabane” pattern “tenugui” cotton handkerchief (Indigo or purple) (each 1 item)
It is the “Yabane” (Arrow feather) pattern “Tenugui” (Japanese style handkerchief).
“Tenugui” can be used in various ways depending on the idea.
It is made from 100% cotton in Japan. 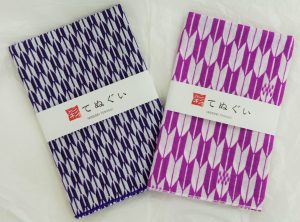 8. “Sei-gai-ha” pattern envelope (1 item)
“Sei-gai-ha” is a pattern that makes you feel the sea, and a pattern that expresses a wish for happiness that will continue to the future for a long time like waves.
It is an envelope made of the paper “Washi” made by Japanese traditional recipes. 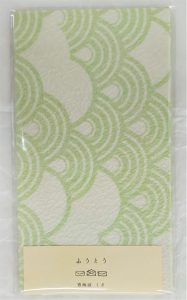 9. “Kuretake” Fude-pen (Brush Pen) (1 item)
This highlighter pen has a Brush Pen-shaped pen tip, so the line width can be adjusted freely.
The brush pen is here to assist you to write your wishes and practice your calligraphy skill.

10. “Amanoya” Kabuki -Age Rice Cracker (1P)
A bite-sized rice cracker.
The flavors of soy sauce and sugar will be addictive.
The package is based on the image of “Kabuki”. 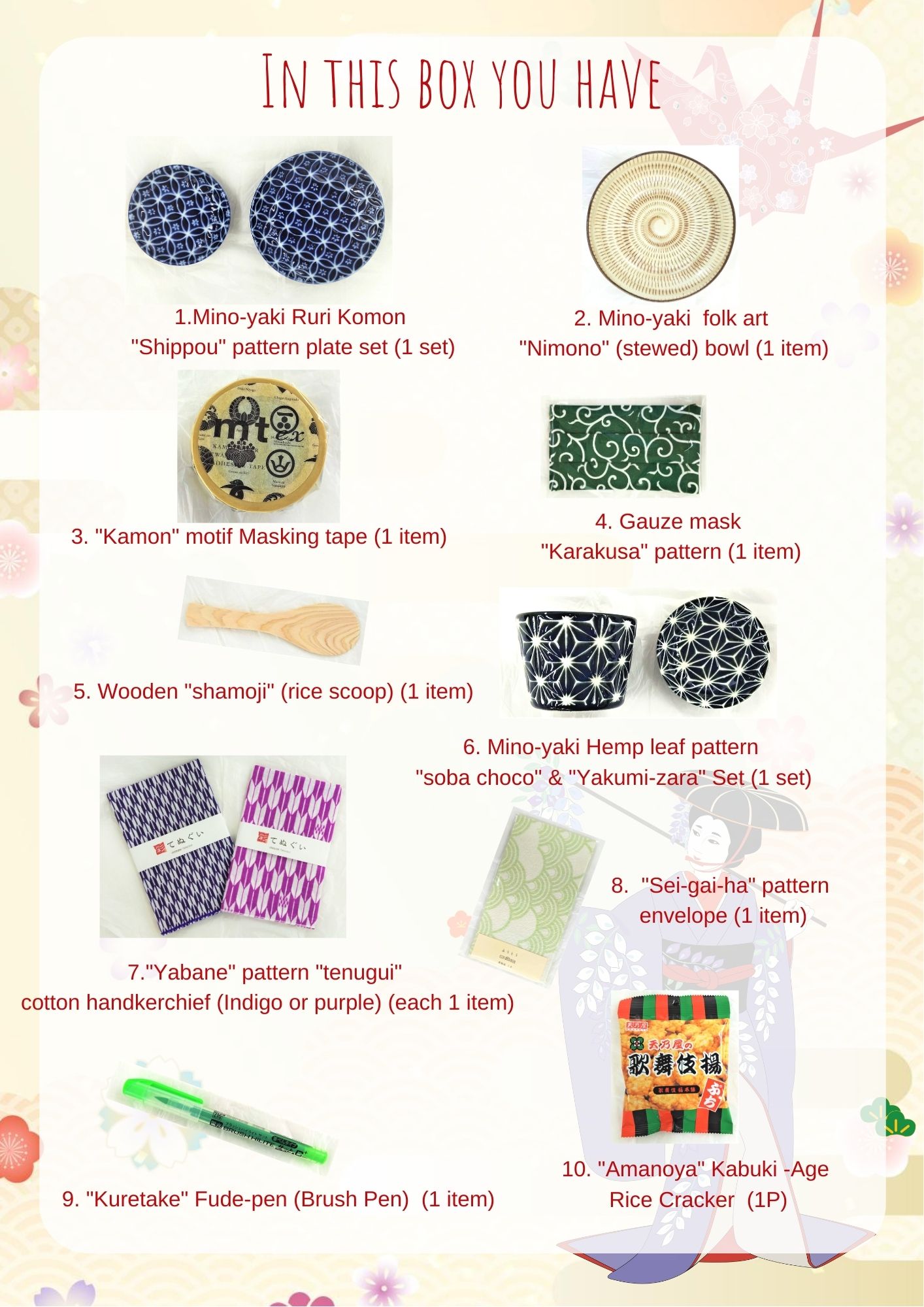