Do you know “Gacha Gacha”?

“Gacha Gacha” means Japanese capsule toy. It’s Japanese name,
When you turn the steering wheel, the noise sounds like “Gacha Gacha”. Japanese capsule toy came to be called “Gacha Gacha” in this way.
In Japan, there are more than thousand kinds of Japanese capsule toys.
For example, the popular one is animals, foods, famous characters and so on. There is also a toy of the type to put on a cup. It is popular at all.
The capsule toy was made for the first time in the United States in 1907. In Japan, the major toymaker (“Bandai”) entered the capsule toy market in 1977.
After 2000, each toy companies began to lay emphasis on production. Thanks to the grace and Japanese technology, capsule toys changed into moving a real delicate work.
Not only children but also a lot of adults purchase it and gather it.
You can try “Gacha Gacha” for around 100-300 yen.
“Gacha Gacha” is put in main stations like Tokyo Station or Akihabara Station. And also you can find it at toy stores or the game arcades.

If you saw it and there is a toy which you liked, please try it once!! 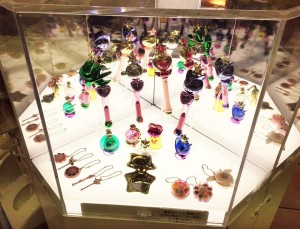 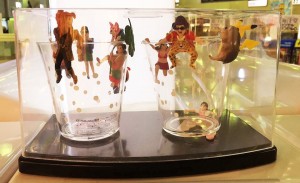 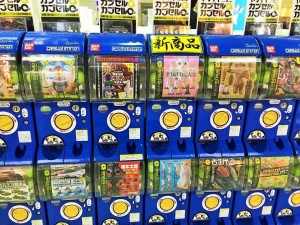