“Ajisai” (hydrangea flowers) is a flower having a “ornamental flower”. The hydrangea blooms with various colors, for example, white, blue, an aqua, pale red color, and dark purple color! It blooms from June through July.

It is cultivated for admiration widely in Japan, Europe, the United States, and many kinds are created.

The origin of hydrangea flowers is Japan, and the progenitor of “Gaku-Ajisai” (Hydrangea macrophylla) growing wildly in Japan.

The kind improved in Europe is called “Seiyo-Ajisai” (Western Hydrangea).

In Japan, the time of the rainy season has much cloudy sky. But a “Ajisai” colors the town vividly!! 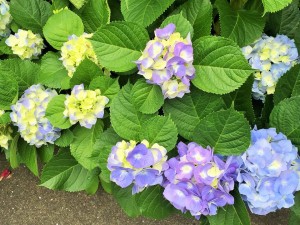 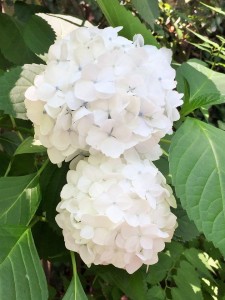 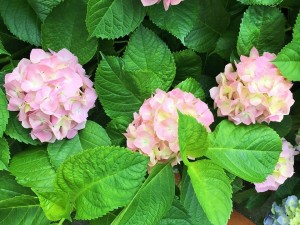 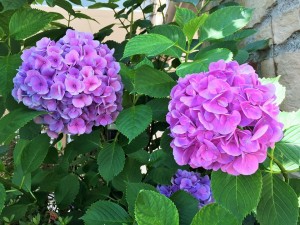 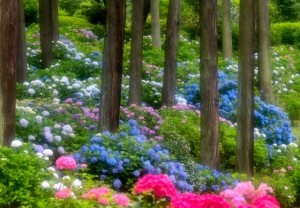