The “Wagasa” is the umbrella made by the bamboo which is pasted thick oiled paper.
It is popular with the name of “Bangasa”.

“Wagasa” has been brought to Japan from South Korea in the Asuka era.
At the time, it is used as “the sun umbrella” which is avoiding sunlight mainly.
It was spread as an rain umbrella from the middle of the Edo era.

Around this time, “Wagasa” was mostly made in Osaka.
But, it began to make in Edo area, from the time of the 8th Shogun Yoshimune.
It also became the side-job for lower class “samurai”.

Recently, “Wagasa” is not likely to be used in day-to-day.
It is used mainly in Japanese wedding or Japanese tea shop.

It is a popular souvenir, but bulky. 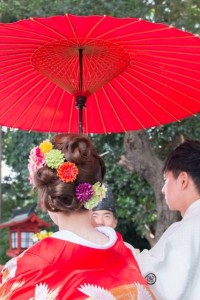 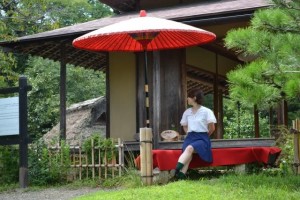