Obon is a Japanese Buddhist custom. It is to honor the spirits of one’s ancestors.
In “O-bon”, Japanese take the holidays. Because people return to ancestral family places and visit and clean their ancestors’ graves.
The spirits of ancestors are supposed to revisit the household altars. It has been celebrated in Japan for more than 500 years.

“O-bon” lasts for three days. However its starting date varies within different regions of Japan.

1) In July (in eastern Japan (Kanto region such as Tokyo, Yokohama and the Tohoku region)).
It is based on the solar calendar. It is celebrated around 15 July.

2) In August (the most commonly)
It is based on the lunar calendar. It is celebrated around the 15th of August.

3) “Kyu Bon” (in northern part of the Kanto region, Chugoku region, Shikoku, and the Okinawa Prefecture)
“Kyu Bon” (Old Bon) is celebrated on the 15th day of the seventh month of the lunar calendar, and so differs each year.

These three days are not listed as public holidays but it is customary that people are given leave. So this season, the sightseeing spots are very crowded.

“Bon Odori” is simply Bon dance. It is a style of dancing performed during Obon. Originally a Nenbutsu folk dance to welcome the spirits of the dead. In each region, we have a local dance and different music. 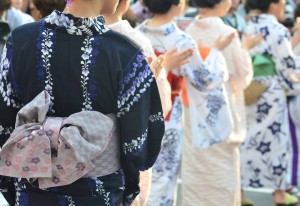 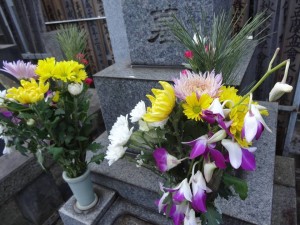