Japanese have the custom to give a year-end gift for expressing appreciation during the year.
It is called “Oseibo” in Japanese.

“Oseibo” is customary to give gifts to such as co-workers, bosses, relatives, friends.
It is given generally in Mid-December .
Department stores display many types “Oseibo” from around November.
Favorite “Oseibo” is Boneless Ham, Beer, “Aramaki-sake” (salmon), “Taraba-gani” (King crab), sweets, etc.

By the way, “Oseibo” has two types of origin.

The first type, a long time ago, we delivered the New Year’s offerings (Spirit of God and the ancestors) at the end of the year to our head family.
The meaning changed gradually, such as a gift to people who become increasingly indebted.

The second type, it is also said to be from the habit of the Edo era of merchant.

At the time, merchant has made the payments in the end of the year and in the “Bon” festival.

Therefore, they gave the gift in the sense that “Thank you again next year” when the end of the year of payment.

From there, in Japan it is said that habit of giving gifts has been established. 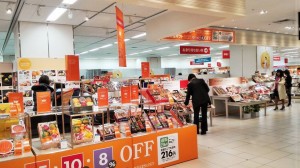 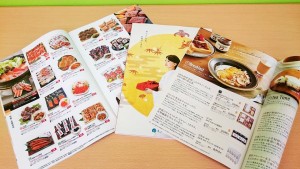