“Hozuki” is a popular ornamental plant.
It is used for eating or decorating, or to the medicine.
It is one of the representative plant of the summer.

In summer, “Hozuki-ichi” (Physalis alkekengi Festival) will be held in all over Japan.
In particular, “Hozuki-ichi” at Sensoji Temple (Asakusa / Tokyo) is a tradition festival that continued from the Edo era.
Every year, more than 600, 000 people visit.

Well, the “ground cherry” is also used as Bon Festival’s flowers.
It has special meaning “red lanterns decorate for the family Buddhist altar”.

“Hozuki” is often used for Japanese traditional crafts, for example “Hozuki lamp”.
Carefully take the skin of the “Hozuki”, and then leaving only the fine granularity mesh part.
Then it will be the cover of the lamp.
Recently, popular “Hozuki lamp” is used the LED light. 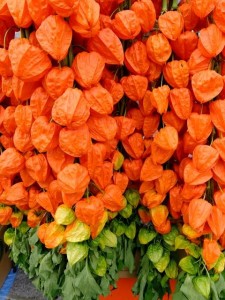 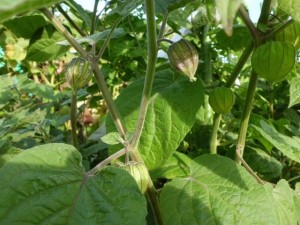 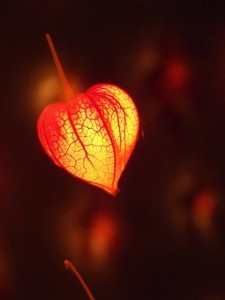