As you know, we celebrate the Valentine’s Day on February 14, and it is the day of the oath of lovers in almost parts of the world.

Valentine in Japan has gone through unique development. It became a custom to give a chocolate from a woman to a man as a present of the love now on Valentine’s Day.About 1950s, the merchandising and the confectionery industry tried to spread the Valentine’s Day for their sales promotion.

It is the late 1970s that it took root in the Japanese society. It is like these days that the Japanese type Valentine’s Day, “a woman gives chocolate with deep affection for a man” was established.

In Japan, Japanese girls give chocolates for not only their lovers, but also their parents, friends, co-workers and for themselves (a reward for hard work)!

We distribute it as follows.

2)”GIRI” 義理 : The chocolate for guy friends and co-workers. 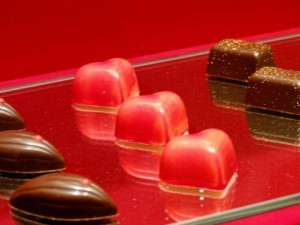 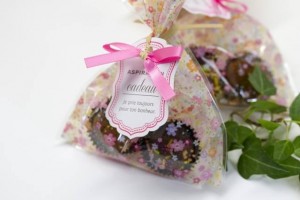 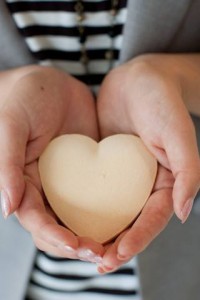