“Tanabata” is one of Japanese events that have been made since ancient times.

“Tanabata” is held the night on July 7 every year .
We write our wishes on a colorful strip.
And we hang the colorful strips and decoration which wrote a wish to a bamboo leaf.
So, it is also now the habit of praying to the star.

In Japan, there is a Tanabata legend known as the story of tragic love.
I will introduce the story easily.

There was a very good relationship couple. They were “Orihime” (girl) and “Hikoboshi” (Boy).
But, they got scolded by the God and receive the punishment.
The Milky Way separated lovers.
But, only in the night of “Tanabata”, they can meet again by crossing the bridge of magpie. It is a “Tanabata” legend.

This legend is represented by the stars Vega (“Orihime”) and Altair (“Hikoboshi”) respectively.
From the state which the two stars are shining across the Milky Way, it became a legend.

I want to see starlit sky!! 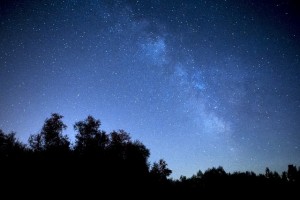 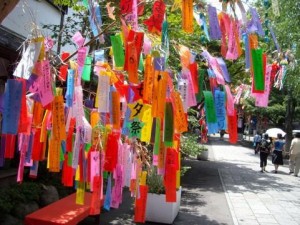 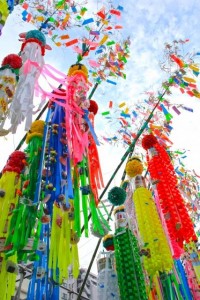