“Sensu” is one of the “tool to make a wind by fanning”.
In addition, the “Sensu” is used even in ceremonial events and entertainment.

“Uchiwa” (round fan) is similar to the “Sensu”.
But “Sensu” is different from the “Uchiwa”.
When it do not use time, “the folding fan” is folded small.

The “Sensu” is such a tool.
– There is “the bone” made of several of slender bamboo or wood .
– Bundle up this “bone”, and secure it with the one point (the = pivot required) of the edge.
– Paper or cloth pasted on this “bone”.
– When it is opened, it becomes into a semicircle form.
– When not in use, it is folding possible.

Such a “Sensu” seems to be a thing invented in Japan.

When the hot summer, many people go out bring it.
Because it is so light and small is convenient.
There are a variety of pattern, it is very popular souvenir.

I have the “Sensu” habitually, too! 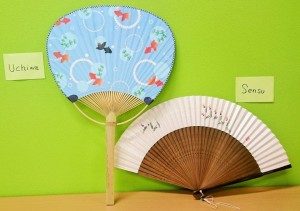 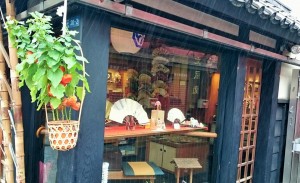 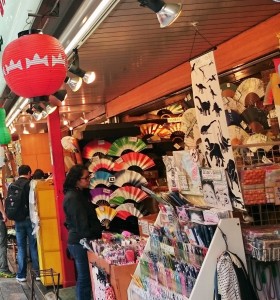