It is the food, wheat flour is put inside the mould of the sea bream and baked. Inside “Tai-Yaki”, it is usually filled with bean jam.
It is a Japanese sweet eaten from the “Meiji” era.

Recently, there are “Tai-Yaki” filled with materials such as chocolate, a caramel, custard cream, curry and so on.

In Japan, there is a mysterious custom that “Tai-Yaki” is often disputed about whether “Eat Tai-Yaki from head, or eat it from a tail”.

In the result, “eating from head group” are said to be 70%, and “eating from tail group” are 30%. However, everybody eats from the one’s like place after all (there is also a person who break “Tai-Yaki”, and eat bean jam first).

Where do you want to eat it from?

If an article is interesting, please give us “like”! 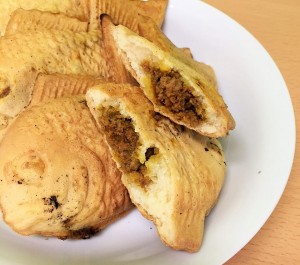 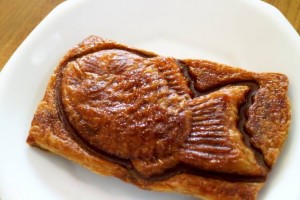 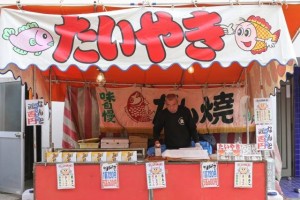