Today’s Japanese word “Kintaro”.
The “Kintaro” is a name of a boy.

“Kintaro” is existence like the guardian angel of the boy. He is the symbol of healthy, bravery and success.
It is also popular doll’s models of the Boys’ Festival in Japan.

Do you know the person of the legend is the “Kintaro”?

Today, we introduce a typical legend of “Kintaro”.

Once upon a time, there was a very strong and friendly boy in Mt.”Ashigara”.
His name is “Kintaro”.
He is good at “sumo”. Some day, he win against the bear at sumo, bear became a vassal.

One day there was the valley where a bridge was broken, and an animal was troubled.
Therefore “Kintaro” defeat a very big tree and made a bridge.
Very great samurai called “Minamoto no Yorimitsu” was watching his work.

Yorimitsu was impressed by Kintaro’s enormous strength,
so he took him as one of his personal retainers to live with him in Kyoto.

This is the story of “Kintaro”.

“Kintaro” is gentle, powerful person.
And, it is longing success story that rural children will become the dignitaries of capital.
“Kintaro” is a boy to the ideal of the Japanese. 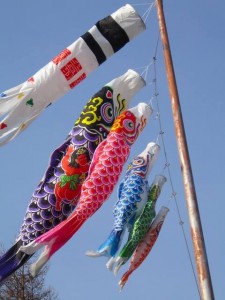 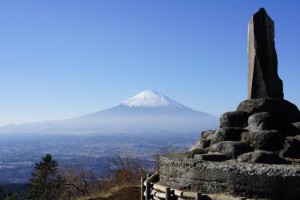