“ONIGIRI” (also called “OMUSUBI”) is the rice ball shaped round or sometimes triangle.
After making the shape, we generally wrap the rice ball in the “Yaki nori” (toasted laver) .

It is the popular Japanese food eaten at the picnic or at the traveling by car or by train.

Also we enjoy putting in a variety of ingredients in “ONIGIRI”.

But this time, I want to introduce you some “ONIGIRI” out of the ordinary.
It is also popular like general type “ONIGIRI”.

You can buy “Onigiri” at “Onigiri” specialty stores or at convenience stores. 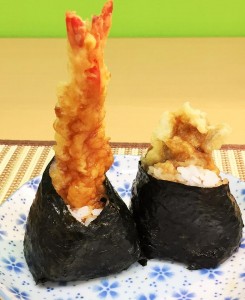 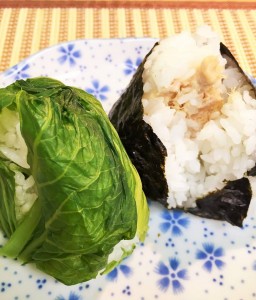 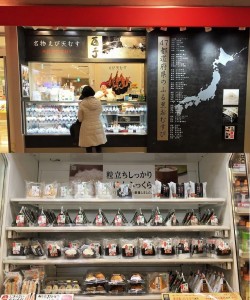