Today’s Japanese food is “Matsutake”.
“Matsutake” is a kind of mushroom which is cultivated in Japan.
It has a unique strong smell. It is placed to the top quality goods of the edible mushroom in Japan.

There is difference at growth time by local.
It grows in the end of August at the cool area, and it grows until about the end of November in the relatively warm area.

It is said that generally the smell of “Matsutake” is good in Japan (although some person in disfavor the unique fragrance).

In Japan, we often eat “Matsutake” by “Yaki Matsutake” (grill Matsutake), “Dobin mushi” (a boiled in the teapot) and “Matsutake gohan” (rice with Matsutake) as to enjoy its smell.

Because “umami” (delicious) taste ingredient increases to the “Matsutake” by heating, it doesn’t taste good even if we eat raw.

The smell is near to the soybean which is familiar to a Japanese, but it is avoided in Europe and America.

Even a Japanese cannot eat “Matsutake” very much, because it’s too high.
If you have an opportunity to eat, you may be lucky!! 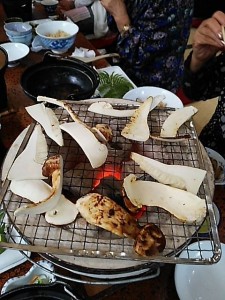 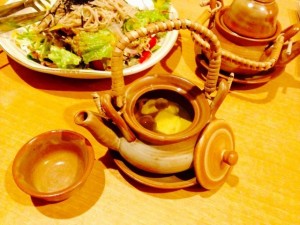