“Monaka” (bean jam filling wafers) is a kind of the Japanese sweets..

“Monaka” (bean jam filling wafers) is a kind of Japanese sweet. In general, it is wafer that wraps bean jam.

Some “Monaka” are sold wafer and bean jam separately. And customers put things together oneself. It is because wafer absorbs moisture of bean jam. Artisan have known that newly cooked wafer with fresh bean jam is the best timing to eat “Monaka”. Once upon a time, it is the enjoyment of artisan.

The feature of “Monaka” is that customers can enjoy seasons and delicateness of Japan. Because the seasonal things are used for wafer or jam.

Recently, we put other food into the wafer, for example ice cream. It is delicious in summer! 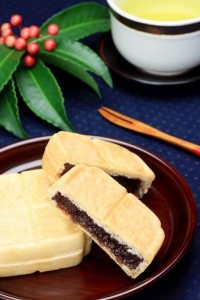 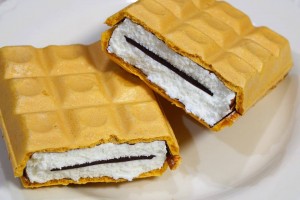