Today’s Japanese word “Hatsu-yuki” (The first snow of the season).

Today in Tokyo, we observed “Hatsu-yuki”.
It’s very unusual that it snows in Tokyo in November.
Surprisingly, it’s 54 years after since 1962!

Snow was observed at Kofu (Yamanashi-ken) and Saitama in addition to Tokyo.
※ The photo is the snow in Saitama!

In addition, when snow piled up in the center of Tokyo, it will be the first record in observation history as November. 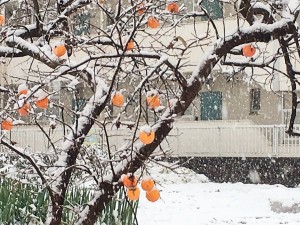 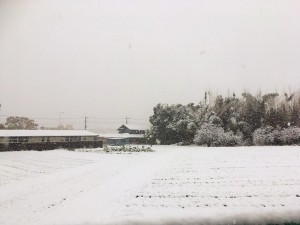