In fact, not only the color but also the orders are decided.
White is the top, the second is pink, and the third is green. The other three-color dumplings aren’t called “Hanami Dango” except this color order.
The reason had various opinions, but an opinion, “each color expresses a spring characteristic” is the most convincing.
The white expresses spring haze.
The pink expresses a “sakura” in beautiful full bloom. It is the spring symbol.
And, green expresses the fresh green. We can image the green sprouting newly and clear and mild spring scene.

Japanese likes to give things some meanings.
It might be pleasure of the ancient Japanese “Hanami” that ate things while giving (thinking) a thing a meaning. 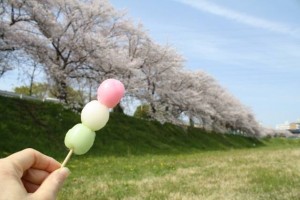 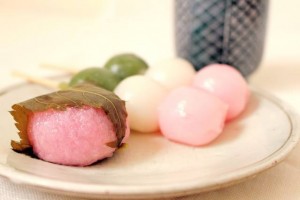