“Sugawara Michizane” was lived in the Heian era, he was a genius.
But, he had made the misfortune death.
His soul becomes a demon, and it has caused a storm of thunder in imperial court.
People was given God’s title (Ten-jin god) in order to appease the that soul.
Then, genius “Sugawarano michizane” is called Ten-jin god , this is the beginning of the god of study as the Tenmangu .
In the exam season, a lot of students will pray to pass exam.

If an article is interesting, please give us “like”! 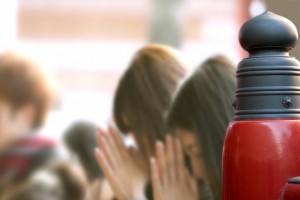