“Kiku” is one of a flower blooming in autumn.
“Wagiku” is the development of the breed as an ornamental in Japan.

“Kiku” is “noble” in the Japanese flower words.
And it is used for “mon” (the crest) of the Japanese imperial family traditionally.

In Japan, “kiku” is popular as a plant for medicinal herb and ornamental plants from the Heian era.

When it is the season of the “kiku”, “Kiku-matsuri” (chrysanthemum festival) is carried out in the whole country.
In the festivals, many “kiku” arts will be on display. For example “Kiku-ningyo”, it is made from “kiku”.
In addition, there is the competitive show of “kiku”, too.

“Kiku” is very familiar with our lives.
For example, “Kiku” has the edible kind thing.
It is often displayed to “the sashimi”. And there are also the areas to eat the boiled “Kiku”.

“Kiku” will be often used in the name of the fireworks.

In addition, “Kiku” is decorated for the altar and grave.

“Kiku” is one of the flowers necessary for Japanese. 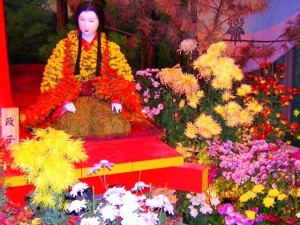 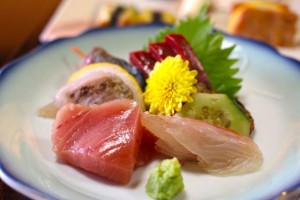 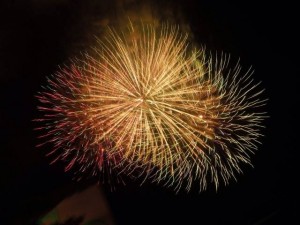