“Tai” is Japanese seabream. It is a fish species in the Sparidae family.
In Japan, “Tai” is called such as “Ma-dai”, “Kuro-dai.”
It is prized both for its flavor and for its traditional use as an auspicious food.

We cook it as “Tai-no-okashira-tsuki” (a whole sea bream) at New Year’s and at festive occasions.
Others ways, we cook it as “Sashimi”(raw fish) , “Ni-tsuke” (boiled food) or “Tai-meshi” (Japanese seabream with boiled rice).

The season of “Tai” is from February to April. Especially, “Tai” in this season is called “Sakura-dai”. 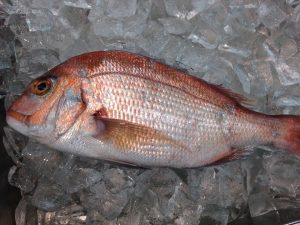 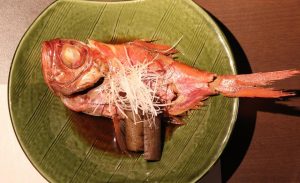