When Christmas ends, we’ll be New Year’s mood.
So, I will introduce some of the New Year’s Eve events.

・Major cleanup
Shrines and temples also will major cleanup.
Famous temple’s major cleanup tells in the newspaper and television. It is the seasonal news.

・”Chinowa”
Some shrine display the “Chinowa”( “kaya” grass hoop [plants of the sedge family]).
By passing under “Chinowa”, it is the ritual to purify the mind and body.
“Chinowa” is displayed in the summer and the end of the year.

There are other several events also, and Japanese will celebrate the New Year.

We hope every happiness in the coming New Year. 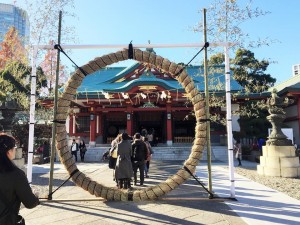 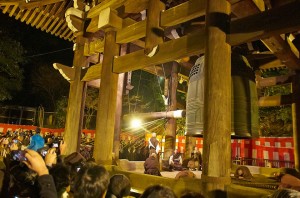