Today’s “Wagashi” is “Manju” (steamed bun).
“Manju” is one of the most popular Japanese sweets in Japan.

It is the sweet made by wheat flour which it wrapped ingredients such as the “adzuki” bean jam in its dough, and steamed it.

There are some varieties of bean paste, for example “koshian”, “tsubuan”, and “tsubushian”.

A lot of kinds of “Manju” like a “Kou-haku Manju” (red-and-white steamed bun) and “Age Manju” (fried bun) are in Japan.

I will introduce each “Manju” details at other opportunity. 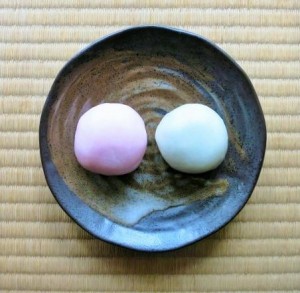 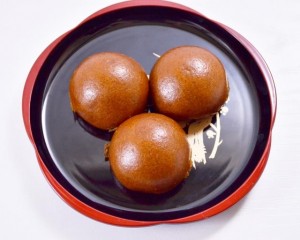 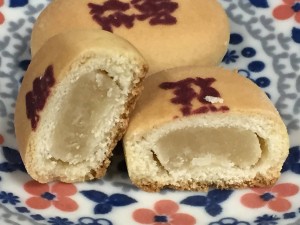