The name is “Momiji manjyu” (steamed bun shaped like maple). But it doesn’t use maple syrup.
Generally, bean jam is contained, but the oddballs such as cheese, chocolate, and the cream are contained now, too.

By other manufacturing methods, there are the variation of it. For example, “Nama momiji” (Use Japanese sweet-like rice cake dough) and “Age momiji” (a normal “Momiji manjyu” is fried in oil).

“Momiji manjyu” is a noted product and a souvenir of “Itsukushima” (Miyajima).
Now, it is well-known to nationwide as a souvenir cake representing Hiroshima as well as “Miyajima”.

Not to mention in Hiroshima, you can obtain it in the supermarkets or convenience stores all over Japan. 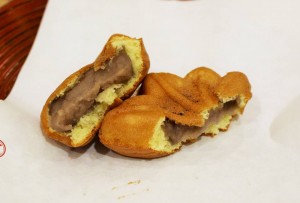 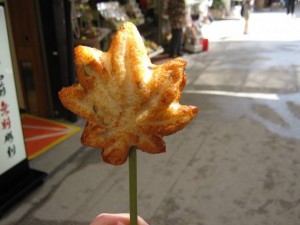 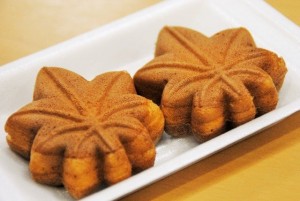